In 2011 he released his first album in all the digital stores entitled Mi Universo, produced and edited by Team 33.

The single extracted from this first album A ti te vieron sudando was included in the compilation “Latin Hits 2011”  distributed at European level.

After that he released Me Pones Loco next to the Andalusian artist EL MAKI. It reached 500,000 visits on YouTube in just over 2 months and is still played on important radios of Spain and Latin America, getting to sound in the best clubs.

He also released a collaboration with Doctor Q called Nena which he very well in the top of the radios both from SPAIN in LATIN AMERICA, SOUTH AMERICA AND CENTRAL AMERICA.

His smashing song No Juegues Conmigo was released 2015 under the Label Warner Music Spain.

In 2017, his new single Todo Me Sabe A Ti feat. Queco Arjona got into the most important Spanish summer compilation “Caribe 2017” and “Caribe 2017 + Disco Estrella” distributed by Universal Music. 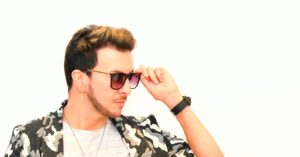 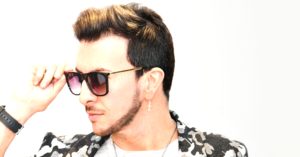