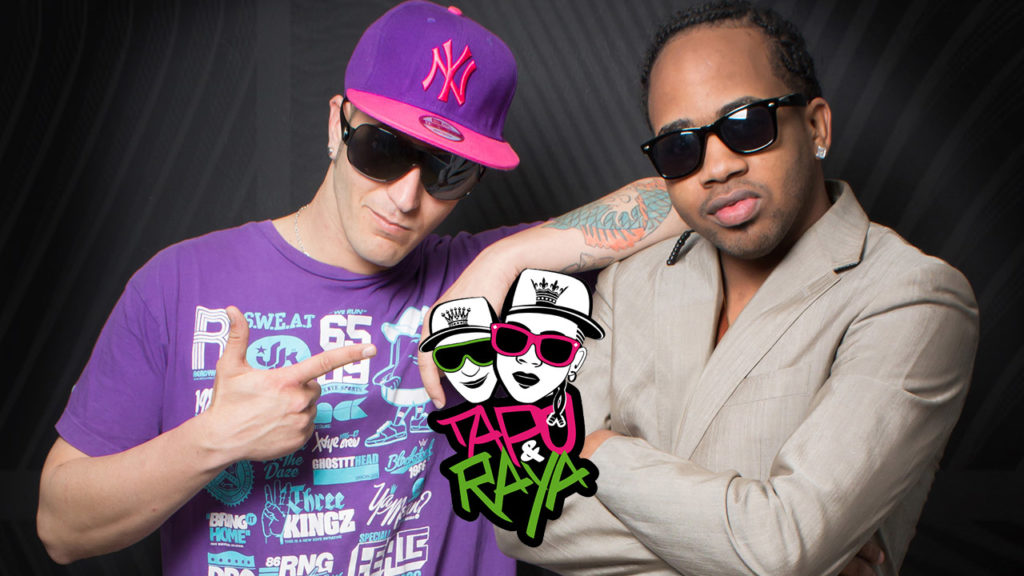 Tapo & Raya – the duo, whose members are originally from the Dominican Republic and Spain, has achieved at this time a dizzying and successful career full of successes, among which is his first composition, Quitate el Top, made last year in 2013.
Quitate el Top is a success it has already achieved over 12 million views on his YouTube channel, as well as getting hit latino undisputed No. 1 in countries like France and Spain.

During last year’s success has led them to make a long journey of performances in Germany, Luxembourg, Turquey, Belgium, Poland, France and recently (December 2013) to the overseas territories of France, namely Saint Denis (Reunion Island) in the ocean Indian.

In this short but intense career, vocalist of training, Tapo, has won the award for best foreign artist in Dominican Republic.
Further, their success has transcended and has resulted in performances such remote places like Almaty, Aktau (Kazakhstan, in Central Asia). Many record companies are already interested in the ascending career of the duo, highlighting Universal, Sony Music, Ultra Records, Warner, Blanco & Negro Music, enabling a next promotion in America and the rest of the World.

They are veteran artists (Dj & singer) of the Spanish night, the guarantee over 10 years of unblemished career and disciplined, thanks to that are common in the best clubs in Spain and now begin a new stage in their career around the world.